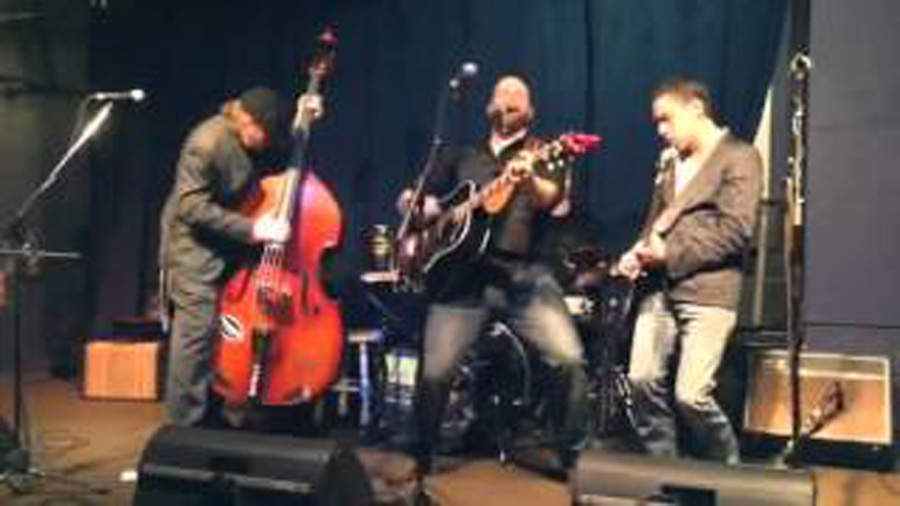 Last night I went to Wine-Ohs in Calgary to catch the happy hour show at 6pm. I didn’t know anything about Curtis Glas or his friends but I felt for him when my friend and I showed up shortly before the show started.

Besides my friend and me there were five other people in the Cellar. Tough crowd? No crowd. Glas started with some banter. It was authentic, light hearted, and funny. We laughed.

Then Curtis Glas & Friends played like they were at the Superbowl.

At one point the seven of us forgot to clap. Caught in conversation at the end of a song. Curtis was unfazed, cracked a joke about clapping being a house rule. For the next two hours, the energy was sizzling. Curtis & Friends didn’t let up once. They played so hard they were sweating.

Whistling and cheering from seven people really can fill a room.

Shortly after 8pm, Curtis Glas & Friends were done and the Cellar had now filled almost to capacity. We decided to stay for the next act, figuring they’d be just as good.

A young hipster with a steel guitar sat on a stool centre stage and quietly introduced himself. Uh-oh, energy dipping! Then he monologued about his interest in old time music. Hmmm, trying to stay awake here. Then he started to sing.

Without even a smile, this young, talented musician sang in a flat tone devoid of passion or enthusiasm. His style was affected, tight, nervous. He appeared to be connecting more with his own feelings and thoughts instead of connecting with the room full of people in front of him.

The energy didn’t sizzle, it fizzled.

These situations always remind me of when coaching clients worry about their audiences looking bored or disengaged. Some say it throws them off and they find it hard to be engaging at that point. I do feel for them. Take a lesson from Curtis Glas, folks.

1. The most important people in the room are in your audience. Make your performance meaningful and relevant to them, not you. Even if you only have seven people in the room, these people showed up and are in the seats. They are hoping for something great.

2. Don’t wait for the audience to decide if the show is going to be energetic or disinterested. Who is responsible for the energy? The performer. Curtis Glas & Friends had more vibrant energy with seven people than the young hipster had with sixty.

Want your audience to sit up, smile, and cheer? Play like you’re at the Superbowl.