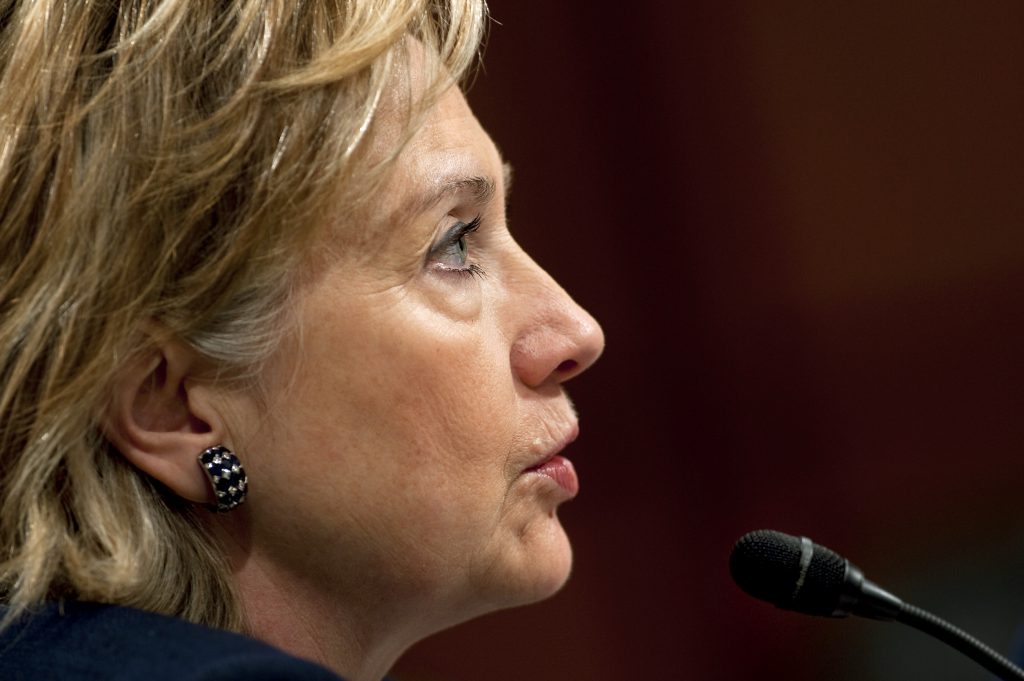 When you are invited to hear Hillary Rodham Clinton speak at a private event in Calgary, it’s wise to answer, “Yes, please.” And so we arrived at the Telus Convention Centre yesterday with 1800 other Calgary business people to see the woman who may be the next President of the United States. (Thank you, favourite client, for the invitation!)

Hillary kept us waiting which was okay because there was plenty of time to mingle, share reviews on Rob Ford’s Jimmy Kimmel appearance, and eat a couple of muffins before things started.

Then she was there, smiling and taking easy command of the biggest ballroom in downtown Calgary. She had done her research on Calgary. “You hosted your first Winter Olympics in 1988. And you didn’t invade another country when you were done.”

The laugh was a segue into the very serious topic of Russia and Ukraine, energy power plays around the world, and the potential for a future of true cooperation between Western countries.

Hillary was fantastic. She talked about big ideas but never stayed in the abstract for long. She told stories, illustrating not only her impressive knowledge and experience but also what these ideas could look like in concrete terms. She spoke with passion and conviction. She was clear about her opinions and positions.

The speech was a welcome departure from the typically vague and jargon-laden speeches of politicians today. I had the impression Hillary Clinton doesn’t mind if she is held accountable for what she says and so she says what she means, simply and clearly.

I found one idea compelling because it comes at a time when Perfect Pitch is working with a number of companies to improve team communication and dynamics.

Hillary Clinton believes a position of “no compromise” has no place in a democracy. Extremist positions that dogmatically propose one course of action, ignore other perspectives, and dismiss alternatives out of hand, are a roadblock to democracy. Compromise is simply how the machinery of democratic government works and while it doesn’t mean you sacrifice all that you stand for, it does mean you take someone else’s perspective.

I think teams who are struggling to communicate could learn from this idea. Perspective taking is one of the most powerful ways you can create connections and understanding with the people you work with. Rather than clinging to your idea with the tight grip of a loving parent, let it go for a while and see if it stands up to other points of view.

Compromise is not weakness on a team. Hillary Clinton is anything but weak. And after her talk yesterday, I was left hoping her perspective is one that helps lead us into the future.