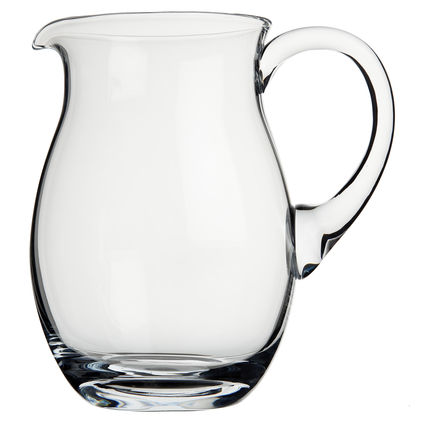 Fear of the unknown. Is there anyone not feeling this right now?

If our usual changes at work are like Gandalf showing up at our cottage door and asking, “Hey, want to go to Mordor and destroy this dangerous ring?”, COVID is the unmarked van that peeled up onto the sidewalk, threw us in the back, tied us up and dropped us there. Shell shocked doesn’t begin to describe it. We’re clinging to models and predictions like Frodo clung to Sam, his only hope of making it up Mount Doom and finding success. We want to know when we’ll get to the end. We want assurance that it’s all going to turn out well when we get there. And we want a guy like Sam, who tells us like it is, doesn’t pull his punches, and speaks plainly and clearly, from the heart.

At work we don’t usually get Sam. We get vague corporate buzzwords that can fuel uncertainty and add to the fear. If there’s one thing I’d love to see come out of all this – and it’s a little thing, I grant you… or is it? – is that we finally drop the corporate bull speak we routinely use at work. It would be wonderful, especially right now, please, to attend presentations and not be subjected to boring slides with endless bullet points and so many instances of the words “optimize” and “leverage” that the audience doesn’t know what they mean anymore, if they ever did.

How are we going to do that?

She taught my son the only thing he got excited about in his first four years of school. So excited he remembered it and couldn’t wait to retell it. To start, I had to fill a lemonade jug with water, and get out a drinking glass and a shot glass.

Sean’s teacher used three story devices that you can use to make your communication – talking, presenting, and writing – concrete and clear. You’ll alleviate anxiety. You’ll fuel a sense of certainty. You’ll help your people get some clarity.

I trust you’ve never been on the receiving end of that statement and felt confused because you thought someone was trying to say that you were a round, fuzzy piece of fruit grown on trees, boiled for jam and cut up for pies. I think you might have enjoyed the glow of the compliment.

Analogies describe the qualities of one thing, in this case a person, by making specific comparisons between it and an otherwise unlike thing, a delicious fruit. “You’re a peach!” tells you that you are pleasing and delightful in the same way a peach is and in a lot fewer words. Sean’s teacher created a vivid one when she used a lemonade jug full of water to represent all of the water on the planet. No one sitting in Sean’s classroom that day thought, “Wow, is that actually all the water on the planet? C’mon! She’s pulling my leg!” The jug, their brains quickly understood, was a representation and the teacher didn’t have to do a lot of explaining to help them understand it.

We use analogies all day. I just used an analogy to Lord of the Rings and being kidnapped in an unmarked van. You got it and I think you’ll remember it. We say an argument has “flared up.” We say the stock market “crashed.” We say prices have “skyrocketed.” We say an action will have a “domino effect.” All of these analogies are a form of shorthand to take complexity and make it quickly and easily understood.

There’s a quote out there sometimes attributed to Albert Einstein. “If you can’t explain it simply, you don’t understand it well enough.” I don’t know if he said it, but I do know whoever said it is right. Do you listeners a favour and put some time into thinking about how you can get them to quickly “see” your complex idea, abstract idea, or big numbers by giving them an analogy.

I do know Dolly Parton said this: “The way I see it, if you want the rainbow, you gotta put up with the rain.”

True enough, Dolly. It’s also true that to want the rainbow, you have to know what it’s like to not have it. If you’ve never known the wet, soggy, and dismal feeling of the rain, you wouldn’t care less if you had a rainbow or not.

In my experience working with clients, repetition can be the hardest technique to pick up and play with.

A lot of my business clients are afraid they are going to sound redundant, or childish, like a verse out of Green Eggs and Ham. And yet, Seuss’s technique is one we should all emulate because repetition helps us to remember, a critical goal with any piece of spoken or written business communication. When important phrases or ideas are repeated throughout a presentation, or just in conversation, they act on the brain much like frequent, spaced out study sessions would do if we were hoping to pass a high school physics test.

Memories take a long time to consolidate and new information can distort a memory before it is fully formed in the brain. Business presentations are persistent culprits for overwhelming memory with new information, an interference that cannot only reshape the memory, but wear it away altogether. What is one fix?  Find your inner Dr. Seuss!

Sean’s teacher nailed the repetition and Sean remembered it word for word:

This is all the water in the world.

This is all the freshwater in the world.

And this is all the water we have for drinking.

We are on some adventure together, and most of us wouldn’t say it’s very merry, but I believe we’re going to find our way through it to some weird and wild but wonderful place. Some things will be gone forever. Some things will be changed forever. And some things we won’t recognize because they’ve just arrived and plan to stay forever. We are in the unknown.

While we get through it, can we all just speak a little plainer? Can we put some thought into how we get ideas to land with our audience and stick in their brains? Can we tell a story at work that leaves our listener so excited they can’t wait to retell it?

That kind of certainty would feel good indeed.