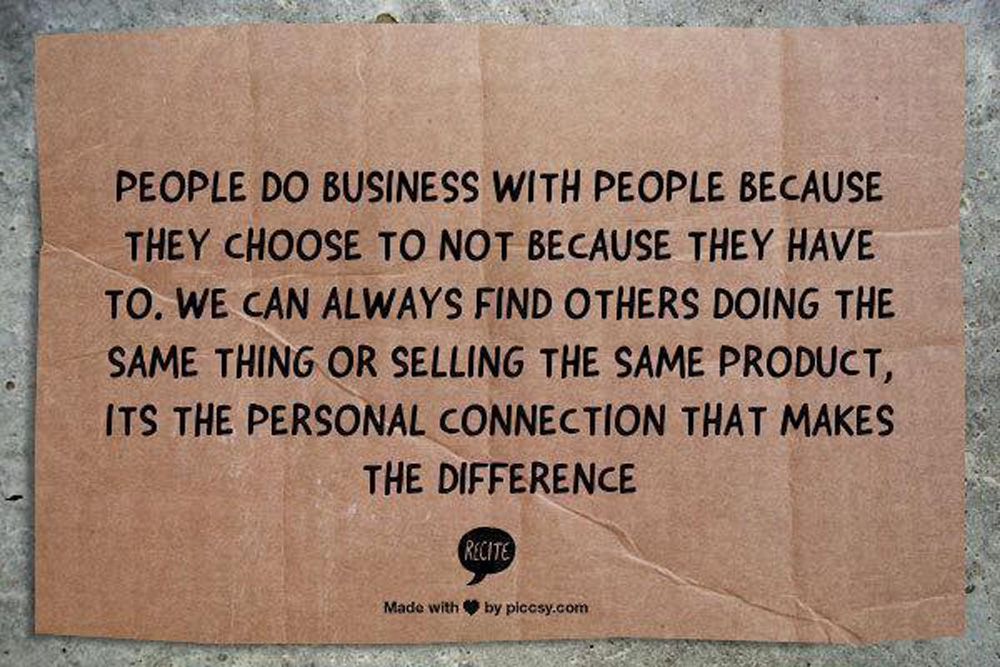 A client recently told us of a 90 minute meeting he had scheduled with a field office in Grande Prairie. He needed the field guys to change the way they were doing things so the company could avoid mechanical failures.

He had a choice: book a conference call or take a full day and a half from the Calgary office and fly up.

He chose the latter.

Imagine the conference call. There’s the annoying beep every time someone logs in. There’s coughing, throat clearing, a strange sound you can never quite pinpoint. The meeting convener has a PowerPoint deck riddled with bullet points, a planned speech, and another meeting to run to once this one is done. The field guys listen to his “corporate bull speak” for about 90 seconds, write him off, and quickly disengage from the blah, blah, blah. Our presenter doesn’t notice because he’s just focused on getting through his material so he can finish on time. End result: nothing changes, more failures, increased frustration.

Compare that to what happened in Grande Prairie. At the scheduled start time, the field guys started to float into the conference room. They poured their coffees, greeted each other and swapped stories. They told a joke or two and laughed.

Our client sat patiently while he watched these guys and listened to them talk. He had nowhere else to be that day so he let them set the pace.

When the meeting started, he knew how he would begin. He said simply, “Listen guys. I know the last thing you want is some engineer from Calgary showing up and telling you what to do. Know that I am only here to help you stop these failures. I just want to help and support you.” He looked them in the eye. He spoke their language because he’d heard them speak it first. He connected.

By the end of the meeting, he had full support for his ideas and a commitment to see them through. He had earned their trust.

The next time you start to write an email or schedule a conference call ask yourself, how will I get anyone to do what I need them to do? You’ll do it by earning their trust and whether your audience is down the hall, up a floor, or across the province, trust is built by making the trip.