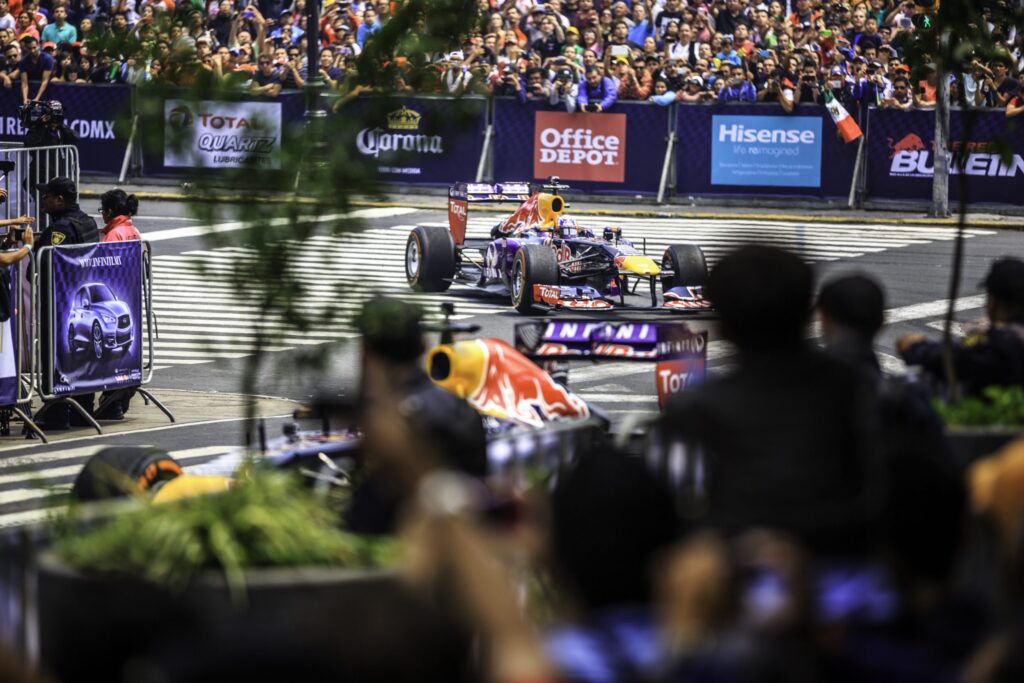 One evening last week, I warmed up two chocolate chip cookies and, at the urging of my dad, sat down to watch Formula 1: Drive to Survive on Netflix. By the end of three episodes, I had decided two things. First, I would ask my son to hide the cookies. Second, I would be watching Formula 1 again the next night. You must understand something about me. The only Formula 1 track I’ve ever visited was in Montreal. It was about four weeks before the event and I happened to be biking past. I did a lap so I could say I’d been there. I don’t have an emotional attachment to cars, car makers, or car races. Loud cars on the street annoy me. If you’d invited me to a Formula 1 race a few years ago, I probably would have made a face and declined. Unless it was in Monaco (I’ll always go to Europe). But on the flight over, I’d have been thinking of ways to duck out of the car race and do some more sightseeing. You get the picture. I don’t like Formula 1.

Within seconds of driver, Daniel Ricciardo opening the first episode with, “I remember as a kid…,” my heart was racing with the sound, speed, and shocking destruction that is Formula 1 racing. Halfway through the episode, I was cheering, out loud, for Daniel, the want-to-be world champion who is so freaking talented, but you see he must be faster than Lewis Hamilton of Mercedes and Sebastian Vettel of Ferrari, and darn it, his own teammate seems to have it in for him…. Wait, wait, wait. Hang on. Who doesn’t like Formula 1?

I’m hooked. And it’s not only me. My sister is watching it. So is my niece, my close friend who is insisting we watch Season Two together, and even my mom, who first answered my dad’s suggestion that she watch the show with, “Why would I ever want to watch that?” You see the show isn’t about watching cars race. The show is about universal stories of struggle, failure, and triumph. It’s about the imperfect beauty that is being a human being. Joy, despair, frustration, words said in the face of crushing defeat that can never be taken back but hopefully can be forgiven, an anger-fuelled manoeuvre that sends one, two, or more cars smashing into the sideboards or each other. Episode 7 of Season One, Keeping Your Head, is as moving a portrayal of a hero facing the ordeal as is presented in any Hollywood film.

Businesses who need new ways to communicate with the people they need to move should take heed. People flock to a story whether they want to or not. They can’t help themselves. I’ll never forget being in the playground with my two boys many years ago when they were young. Julian, the youngest, was focused on the monkey bars and slides. So were a bunch of other kids. Sean, my oldest, found some shade under a climbing wall and opened a big book he’d brought home from school. One of the other kids sat next to him and so Sean started reading out loud. In minutes every kid on that play structure had clamored for a spot in the shade to sit in rapt attention while Sean read them a story.

In Season One of Formula 1, you don’t hear from Ferrari or Mercedes at all. Their absence is glaring as you learn more about the other team drivers, managers, and owners. I read that when Netflix decided to do the show, Ferrari and Mercedes decided not to be a part of it. Maybe it was beneath them. They were too busy with the monkey bars to hang with the other kids in the shade. But something happened after Season One. The teams that were a part of the show and telling their stories were attracting something else. Sponsorships, investors, new owners. Their value was going up. And so, for Season Two, Mercedes and Ferrari signed on. Netflix attracted an audience and they also attracted partners because their other partners attracted investors. It was the Netflix equivalent of every kid climbing off the play structure to get closer to a good story.

If you’re a business trying to attract customers, employees, and investors, remember they won’t come because of what you do. Formula 1 grabs us, not because we’ve fallen in love with the cars (which I have) but because we’ve fallen in love with the stories. We care because we know what those drivers and team managers and owners care about. Figure out your stories, learn how to craft them, and then tell them with unabashed honesty and courage. In my opinion, if you can do that, you’re a world champion.